The sun is gone, your world has been plunged into perpetual night by the god Asteros. You come to your senses in the middle of a battle to access the abyss. Access the abyss and thwart Asteros' plans so that daylight is restored.

You play as a group of adventurers made up of atypical characters with varying abilities.
Make your group grow over the meetings in order to increase your possibilities through overpowered united attacks. 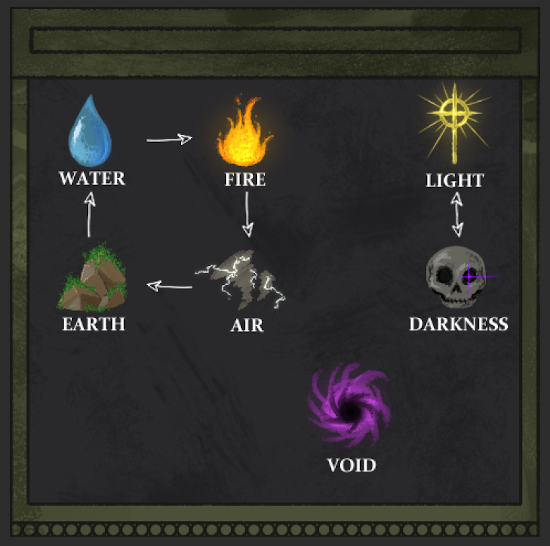 Go on an adventure with a team of up to 6 characters simultaneously, giving you great possibilities for synergies and united attacks in combat.
All additional members will be part of a party you have access to outside of combat.
Having trouble defeating a boss? Remember to change the composition of your active team!

Skill combinations are based on the skills used by certain characters during their turns, allowing them to cast a different but more powerful skill than the one originally chosen if the right conditions are met.
For example, if a character uses a tornado and another fire, the skill will become a fire tornado.

With the right characters on the team, attacks uniting the strength of 2 or more characters become possible, causing devastating effects. These attacks represent the affinities between the characters, find them all!

Gain rage points with each hit received, when an ally falls in battle or under other special conditions! When a character reaches 100 rage points, they enter a state of fury, this can also happen directly when an ally falls in battle. The state of fury causes several effects including that of unlocking special skills focused on extreme offensive power at the expense of defense. During the Early Access phase, characters will benefit from a physical transformation representing an evil version of themselves during the Fury phase.

Fill your soulforce bar as you fight! Soulforce-type skills allow you to harness the power of a character's soul to produce an ultimate attack. Each character has several soul force skills that can provide a powerful protection skill or produce damage to enemy soul points as well as various effects to defeat otherwise unbeatable powerful opponents
ex: a dragon has 100,000 HP but 100 soul points it will be easier to defeat it by reducing its soul points to 0 rather than aiming for HP.

Each character has its own archetype influencing the stats obtained after each level up. These stats are automatic and cannot be changed, accentuating the character's core mechanics without major impact if you decide to customize your character outside of their core mechanics.

And finally there are the special statistics which particularly influence the fight like the precision, the dodge, the counter, the chances of making a critical hit. Each point will change the statistics little but allows you once again to direct your characters according to your desires..

Each character will have a weapon type that only they can equip with variants to boost either the character's base mechanic or another that you choose.
Regarding the armor, it will be divided into three categories: light, medium and heavy, offering specific bonuses for each of these categories (more defense at the expense of the shield, more shield but little pv, etc.)
Any character can equip any armor and this in order to be able to embody the character of your dreams, who has never dreamed of playing a tank mage?

Explore a vast continent in a semi-open world consisting of two main parts: The human world and the abyss.
While the human world will be an opportunity to do pure exploration and complete some secondary objectives or go in search of other companions, the abyss will be where most of the main story takes place, which will not prevent you from finding fellow travelers!
Each of these two worlds is planned to be 20km2.

Some passages will be blocked or hidden and only certain characters will allow the passage. For example, a rock obstructs the passage, the iron fist skill would destroy it to be able to pass.

Dungeons are spread all over the continent like so many other explorable places that range from ruins to dungeons or even hidden villages or magical forests.


There will be 15 characters in the game, some will be recruitable over the course of the adventure, others will have to be found and/or meet conditions for them to agree to join you. Here are some of the main and secret characters. 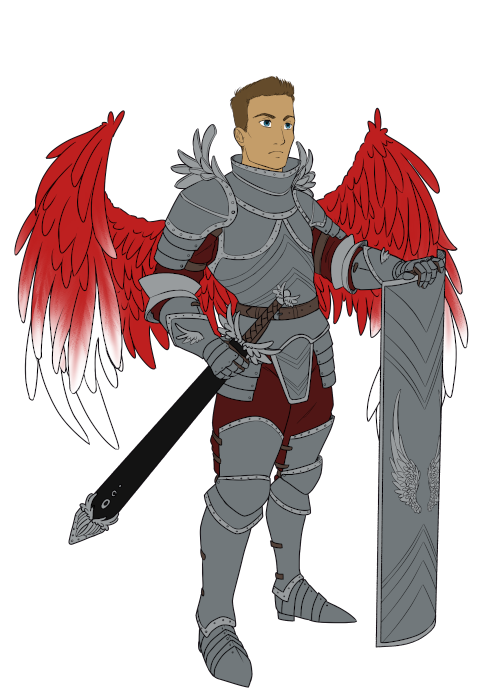 Arthorus, Ulya's brother, enters the personal guard of Emperor Sigarme thanks to his sister who offers him directly to the Emperor, who accepts. Very quickly he understood that this was not what he was looking for, he preferred more flexibility and joined the guild of adventurers where he met Inar and Emilia, their group becoming known and called "the rampart". 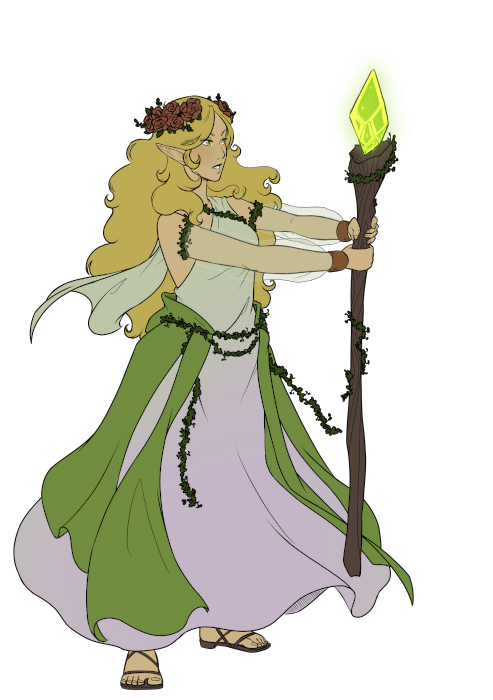 Growing up in the Ancestral Forest, she received instructions from the Elven Druids there to perfect her connection with nature and elemental spirits in order to master sacred and Elven magic. Later, she decided to venture into what she called "real life". She then began her adventurous career there as a healer before diversifying after joining the Temple of the Blazing Sun 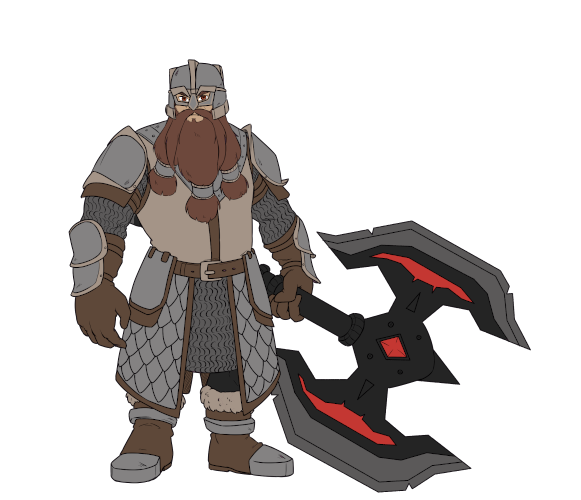 His ancestors fled the dwarf empire following a dishonor, a blade forged by them for the dwarf emperor broke in the middle of a fight causing his death. Some accused them of conspiracy and treason while others blamed fate. They preferred to leave the empire rather than live as outcasts and in shame, thus putting their talent at the service of the land of Ulgur. Their forge is now renowned in the region to such an extent that the Nordics sometimes come to order from them 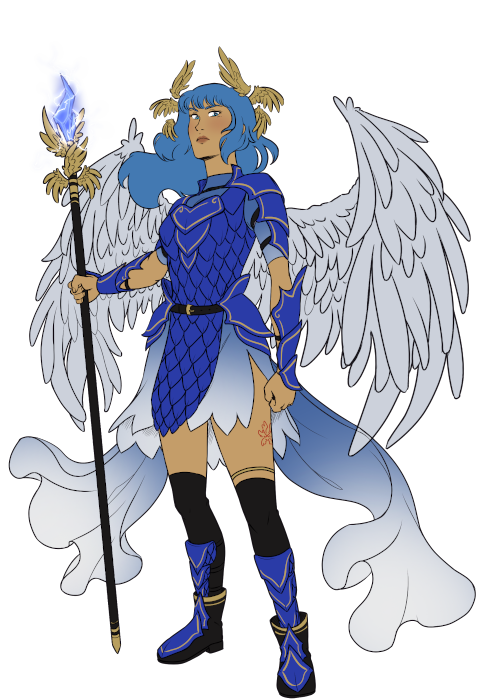 Sister of Arthur and captain of the Valkyries, one of Emperor Sigarme's elite units, always ready to fight for the safety of the empire. She started her life as a simple guardian, over time and fights, she proved her abilities to everyone. Perfecting his spear handling to the max to make up for his difference in power as a Seraph with Arthorus. She is now renamed Lightning Spear, her speed is unmatched 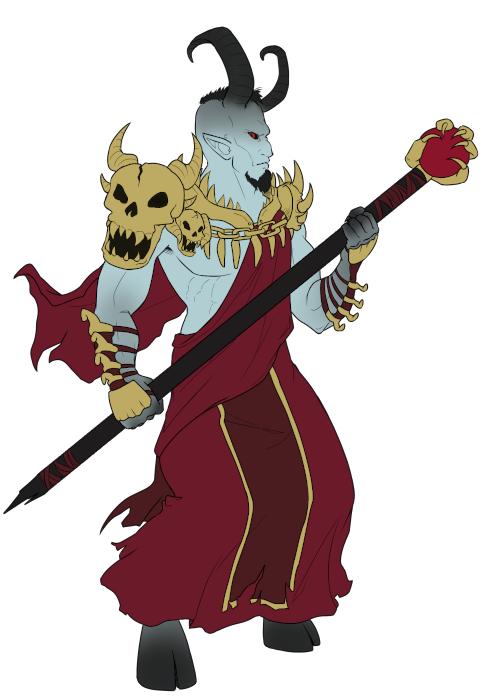 Living from an early age in lands forgotten and abandoned by his parents, he learned to live alone in these desolate lands, reclusive like a hermit, he leaves very little of his temple, his way of life is to learn as much as possible on arcane magic, especially that of darkness which today allows him to use a little temporal magic allowing him to live much longer than a standard demon. Although he dreams of adventure beyond these desolate lands, he is comfortably installed and does not intend to take risks unless events force him to do so. Everyone in the Forgotten Lands is torn between fear and respect for him due to his incredible knowledge and power. 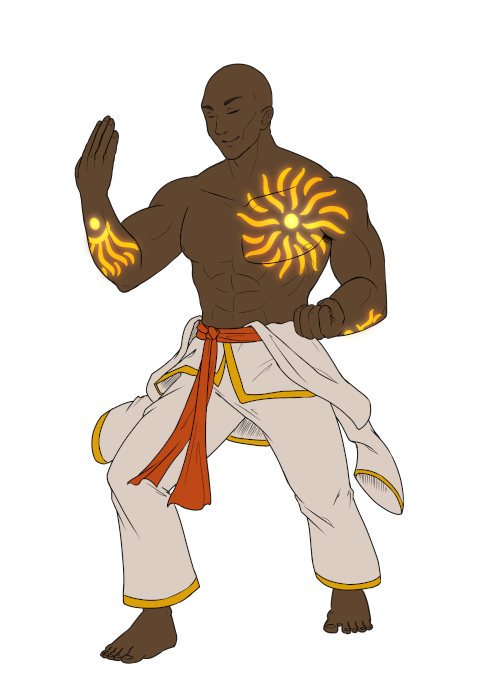 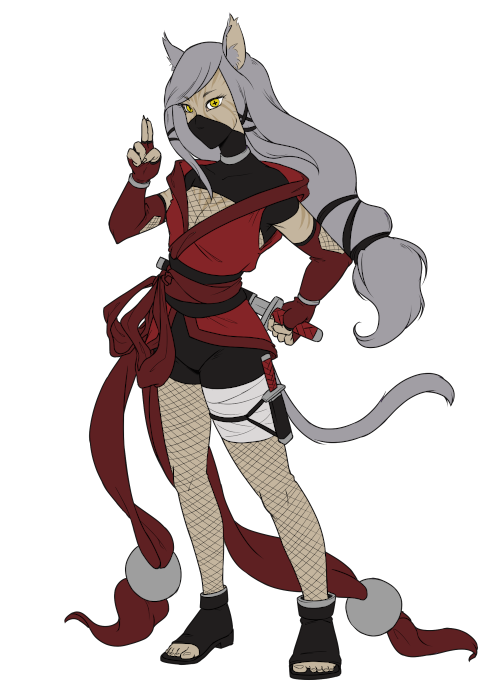 Nyanka lives in a hidden village, very difficult to find, the intruders generally do not leave this village where the assassins are trained with techniques as subtle as they are effective. Still young (in Kyan age) she aspires to a life of peace although her people are framed by the empire in order to become living weapons, she hopes that one day she will be able to get rid of this hold and start a family there. safe from the dangers of the world. 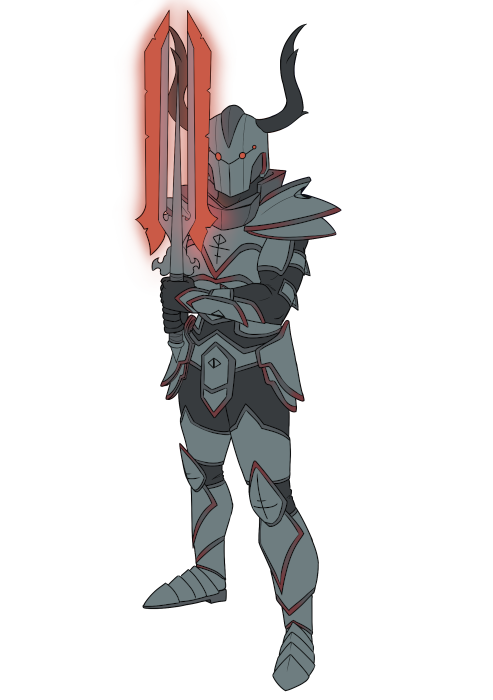 Former Captain of the Guard of what is now called the Forgotten Lands (ex-Realm of Demons), he rebelled against his king when he lost his mind and that only demons should reign supreme over the continents thus breaking a peace established for generations. Rather than eliminate him, the demon king preferred to put a curse on him, turning him into an obedient undead. After the death of the demon king, over time he managed to regain his full consciousness and since then he has been training and living alone in these desolate lands.

As war rages on throughout the Northern Realms, you take on the greatest contract of your life — tracking down the Child of Prophecy, a living weapon that can alter the shape of the world.

Travel across Europe as king of the road, a trucker who delivers important cargo across impressive distances! With dozens of cities to explore, your endurance, skill and speed will all be pushed to their limits.

the legend of the soulforce: Heroes of the Abyss Demo