June 15th 2020
MiraculousMouse
Community Announcements
For this month's build 1.2 June update: * 8 in-game tutorials added (a lot more to come). * A louder notification beep for exercise changes added. * Single Side Steps exercise added. * Resting sprites re-animated. * New splash screen added. * 'Muscles used' diagram added to the tutorial format. * Further improved the initial sprite loading smoothness. The content in Boot Camp Fitness is already at the 32 bit game 2GB RAM loading limit. So, I will work on implementing an external loading system to load all songs from the playlist from an external folder - thereby freeing up valuable room to add a lot more content. Once again, thank you everyone for all your suggestions for improvements to the game, which are slowly but surely being implemented. For next month's 1.3 July build I will concentrate on adding an external loading system and also more tutorials. I will not stop adding tutorials until there is a tutorial for every exercise. Here is a screenshot of one of the tutorials (a tutorial button will appear for exercises with tutorials): 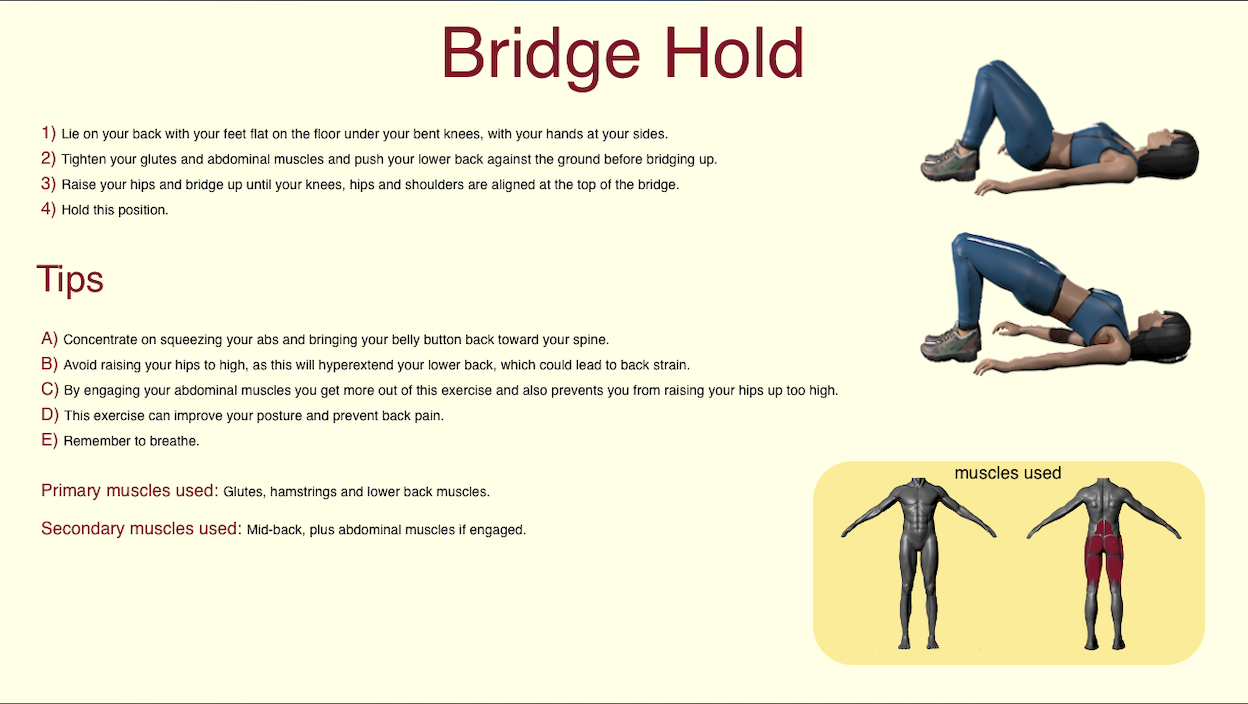 Fixed seconds for initial 10 second countdown to be absolutely accurate

Apologies to players after a Gamemaker 2 update has reset players' progress.

More content and improvements coming in the September update

More Exercises on the Way in the Next Update Planned for Early May.

Will Try to Release this Game ASAP for People Locked Down Wanting to Exercise.