Cartoon Network Journeys VR is a collection of three original VR shorts, developed and produced by Cartoon Network Studios. Starting in a cosmic desert oasis, you encounter Gormlorm (Reggie Watts), a traveling wizard of the multiverse who guides you through three journeys into other dimensions:

As an outcast one-winged bee, you must save your colony from impending collapse by teaming up with your pollen companion, Penny. Explore the garden, solve puzzles, and discover secrets beyond the hive.

You are trying out as jester of the King’s court. As jester-in-training, you are presented with a series of escalating props and puzzles. The more the King laughs, the more jealous his personal bard becomes. If your comedic acts fall flat, prepare to become dragon food.

You have been summoned to the cosmic plane to become a potential replacement for Kosma, The Supreme Being, who is in desperate need of a vacation. Complete four metaphysical lessons of the cosmos and take your place on the celestial throne. 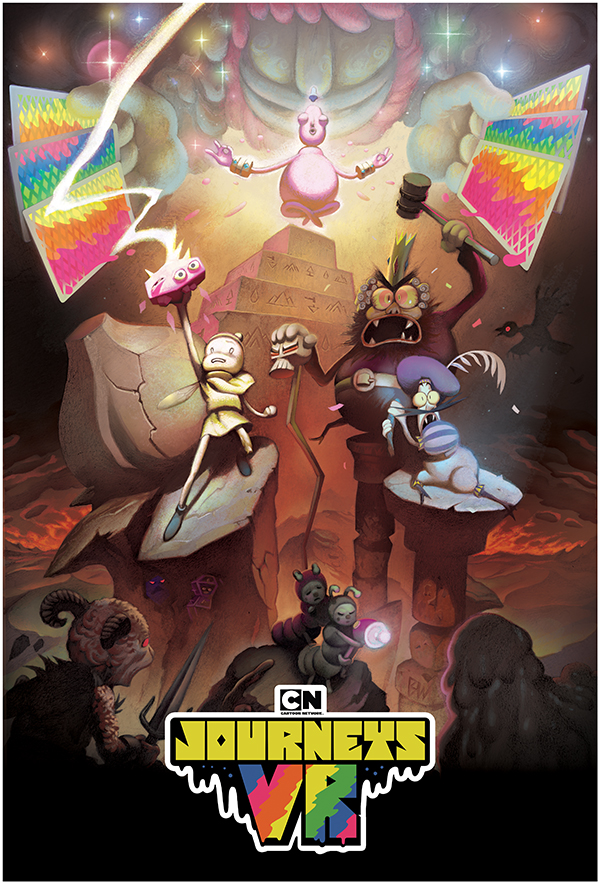