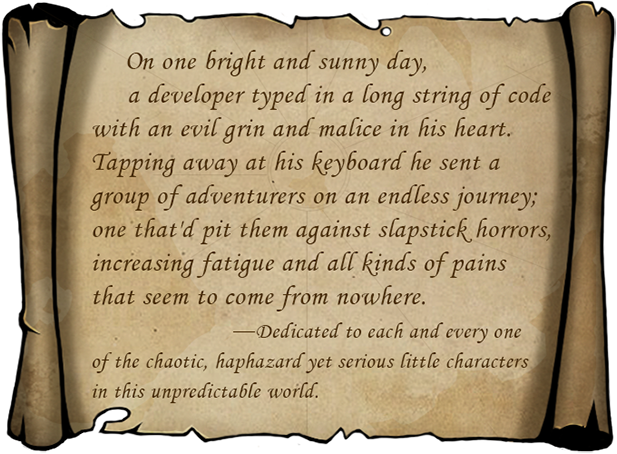 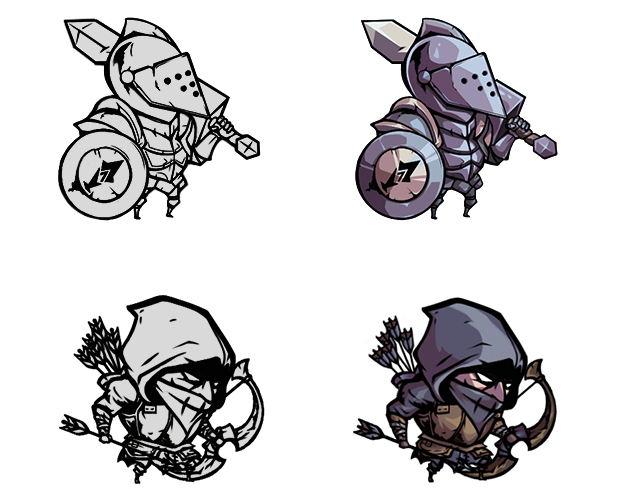 There are a lot of random elements in the game that allow the player to adopt a variety of constantly-shifting tactics and strategies. The player can enjoy maps with different terrains, different types of enemies, the butterfly effect of action and consequently set off by different events and puzzles, random mini-games, varying difficulty levels, equipment, items, skills, and traits, etc. 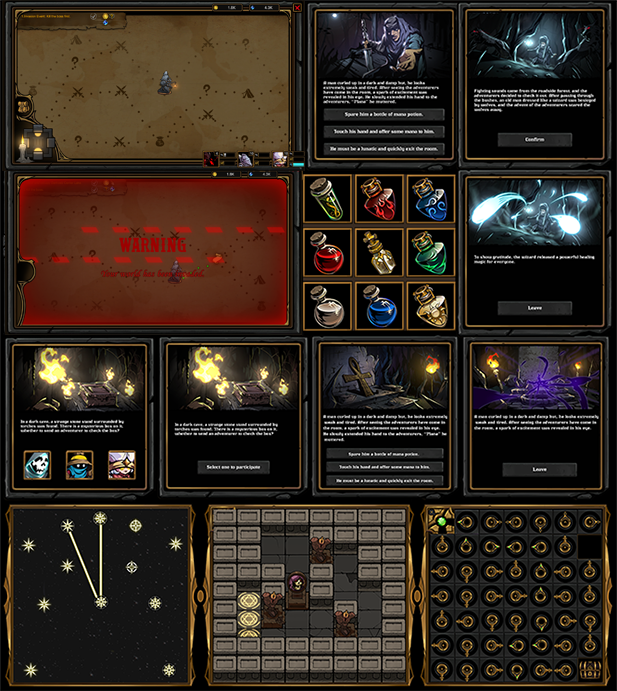 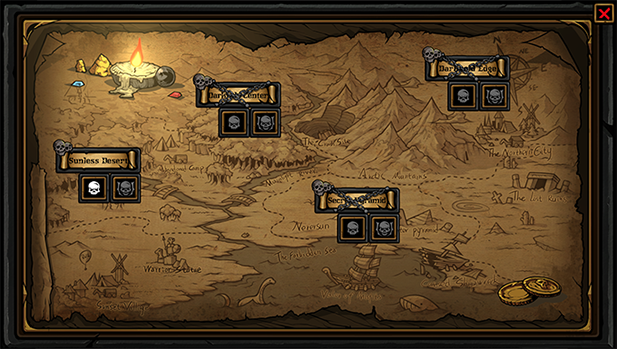 During expeditions, characters enter 'rooms' containing random events, battles, resting areas, shops, etc. Room locations and routes are all randomly generated in each expedition, so each one provides something new. Which room you'll travel to is decided by the roll of the dice, while you actively decide which way to go when you reach a fork in the road.

Players have a chance to encounter Invasion Events from other players. In these, you'll face off against them, and earn extra rewards if you win.

All kinds of strange and weird creatures exist in the world of Dungeon No Dungeon. Some unusual races or species that are often side characters or NPCs are now characters that the player can select and control themselves. 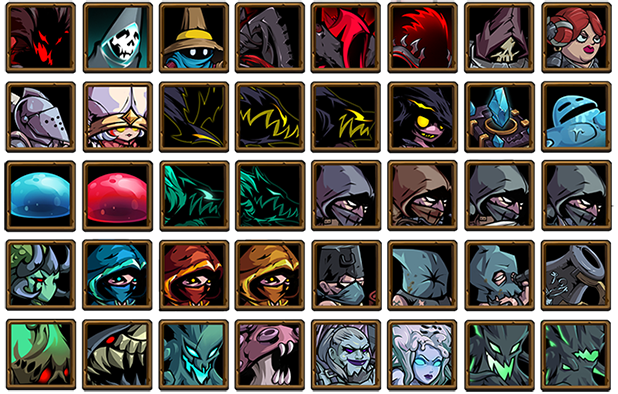 Characters have 10 levels and start with one set skill (at Lv.1). After leveling up, they have a chance to roll for a skill, selecting 1 from 3 possible skills as a reward. Each character has around 20 possible skills. After Lv.10, they can gain new skills through random events.

Attributes do not increase upon leveling up, but you do get to influence them through a range of different events. No matter what kind of character you control, it's down to you how you develop their build.

Over 1,000 kinds of trinkets provide players with even more options for character development. Along with this, there are also 100 traits to combine with each different character. 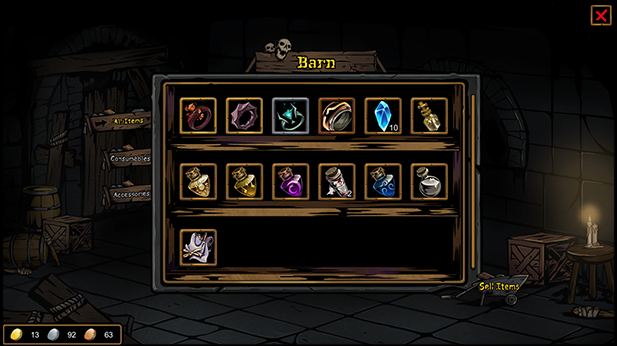 Yet in Dungeon No Dungeon, the focus is instead upon the different results caused by the decisions you make on different body parts. We aim to integrate more fun possibilities and content within our game. Each body part has its own unique functions and dodges chances. Depending on the character, each one also has its own protective armor of various types that reduces various damage types.

For example: If their limbs (i.e. arms or legs) are severed in battle, any skills that use the limb can no longer be used. And if an adventurer's armor is destroyed, they'll be left bare (each state with its own corresponding art assets). 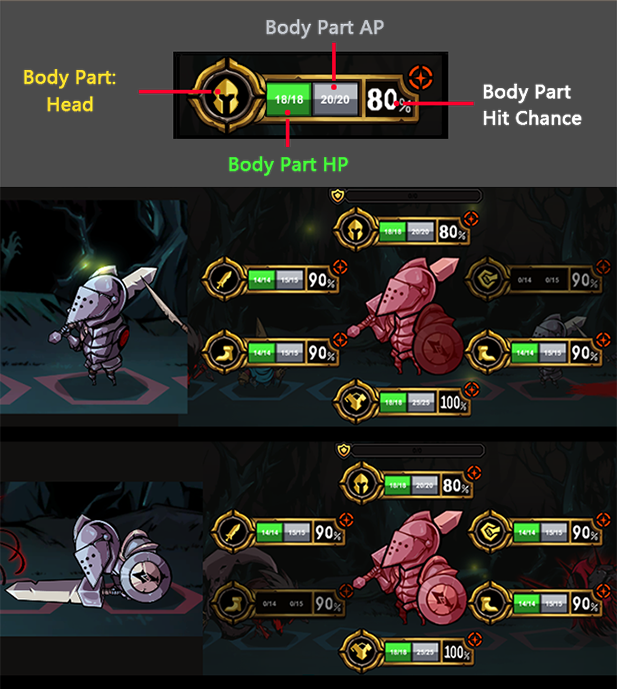 In future chapters, we will introduce a concept that can be understood as 'Sanity', or 'SAN'. When SAN is above a certain threshold, the monsters you encounter appear as normal; yet different SAN values cause them to morph into a range of distorted forms as your sanity deteriorates, for a sense of Lovecraftian horror and dread. 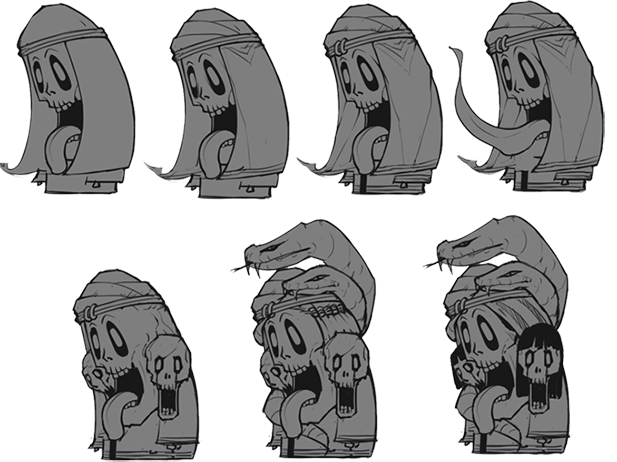 In cities, there will be buildings similar to blacksmith's shops in which you can reforge secondary attributes of each adventurer's equipment. 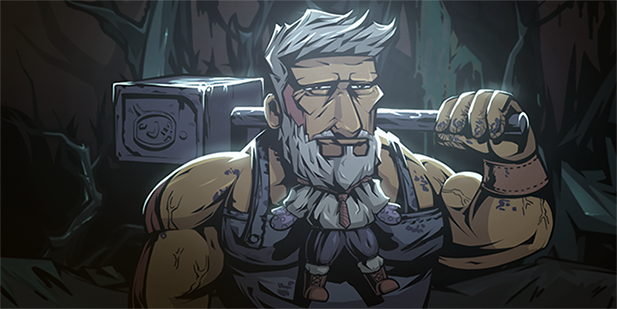 We plan for this to be a system very different from those in similar games. To experience this feature, you'll need to recruit the new adventurer 'Peculiar Merchant', and gain the 'Peculiar Life' skill, which can only be used in Attributes. 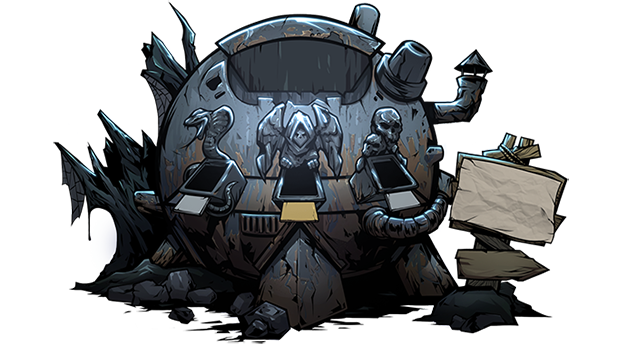 Characters gain points by killing monsters. Having gathered enough, they can level up their proficiency. 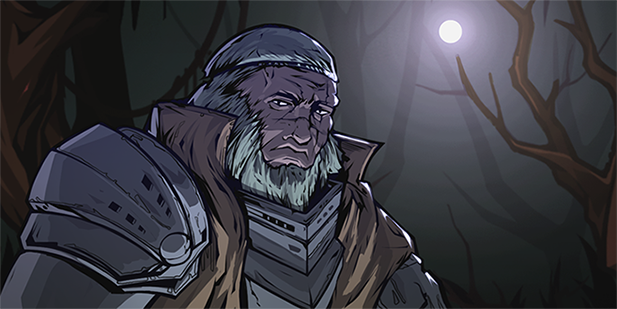 We will design an especially lengthy stage, spaced out with save points. You'll need special items to enter Challenge Mode. Upon clearing it, you'll win an adventurer of your choice, several high-quality trinkets, a whole lot of Gold and Magic Crystals, newly updated resources, and consumables. 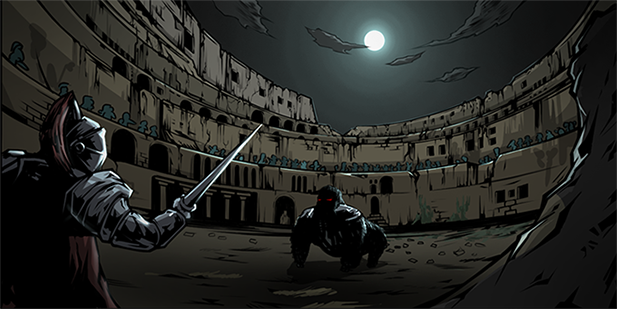 Essentially, Dungeon No Dungeon is a single-player game that can be played offline, but we hope that players still use our Cloud service to save their games. 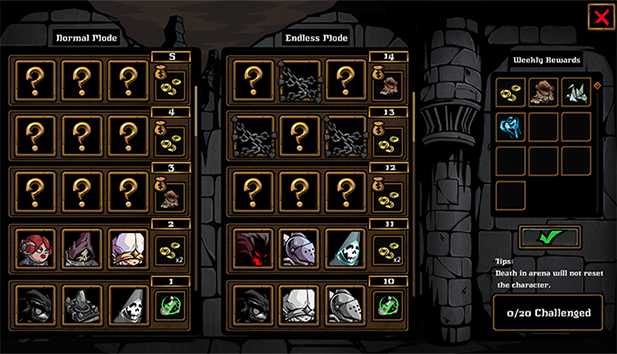 *The contents above will be gradually integrated into the game with new updates.

Explanation of the problem that your save cannot be read

It has been a wonderful journey!

Dungeon No Dungeon 101 - The Board Game

A Letter To The Players